Shipping your product without testing is like buying a car without turning on the engine. 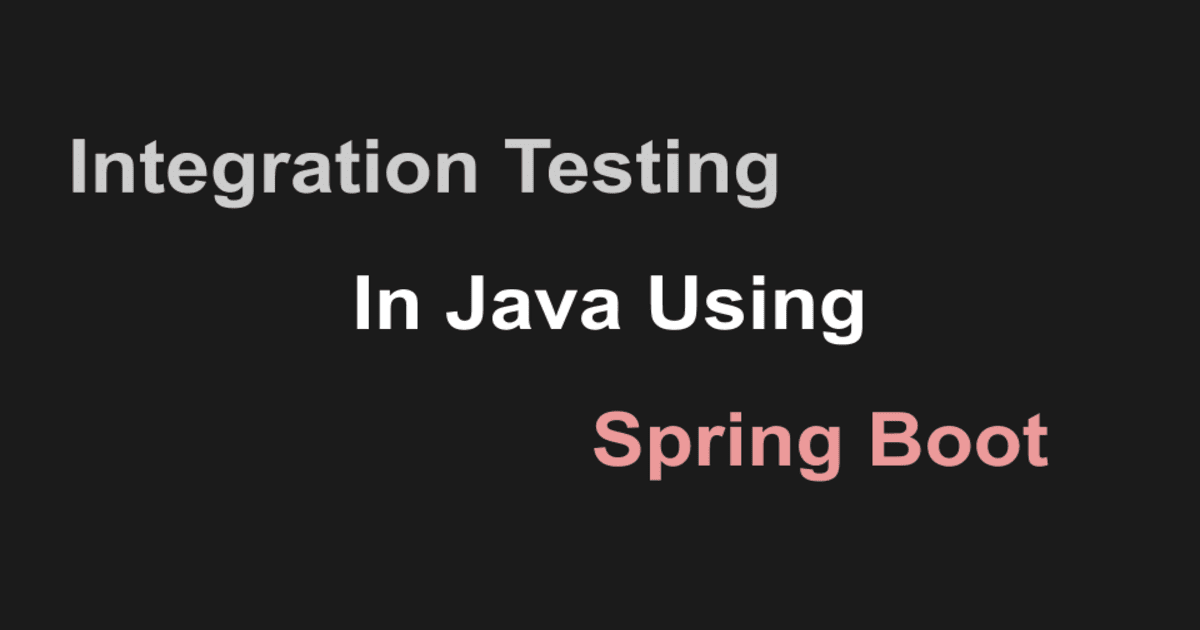 We have to run a few tests again and again during the development of the product and if those tests are not automated, we will have a hard time testing our application.
1. Using separate config for testing purposes
2. Writing Controller test for Spring Boot API.
3. Running on a random port
4. Removing any change made to the database after test completion.
5. Creating the API endpoint
6. Creating the School Object
7. Sending the request and getting the response
8. Checking if the response is equal to the object created
9. Run the tests

Here is a post that will help you to understand the importance of writing tests?

What have I learned about testing as a full-stack developer


This post is in continuation of the last post we shared related to Spring boot in which we talked about writing Rest APIs in Spring Boot.


Please go through that post if you want to learn how to create rest APIs using Spring Boot. In this post, we are going to discuss how we can test our spring boot application from start to end without any mocking.

Now since we are going to test the application from end to end, let’s create a controller test. Add the following code to src/test/java/io/singh1114/springboottut/SchoolControllerTest.java Let’s go through the file and understand this. @ActiveProfiles, is used to let the framework know that we are going to use the given profile. As we have already declared the test Profile in the Configuration file, we can use it here directly. @RunWith and @SpringBootTest is used to start a simple server to carry out the tests using the SpringBootFramework.

Running on a random port

With SpringBootTest.WebEnvironment.RANDOM_PORT we are telling the framework to launch the application on a Random PORT.

Removing any change made to the database after test completion.

@Transactional will help us to clean the database once tests are completed. We don’t want to keep adding stuff to the database and want to clean it after every test run. Wrapping something with Transaction is a very general programming concept which is present in almost every Database. According to this, if you run any number of SQL commands inside the transaction and if it fails on any step, the whole transaction will be reverted. This is fairly useful when you are running related commands, for example, reducing the inventory size and adding stuff to someone brought list. The same concept is used here, the only hack is that anything you run inside @Transactional is rolled back in the end. Read more about this on Spring boot logs.

These are used to create the URL for a given endpoint to hit.

This code is used to create the object in the database.

Sending the request and getting the response

Checking if the response is equal to the object created

Here we are checking if the body of the response is equal to the expected response.

Use can use the following command to run the tests.

Adding tests to your code is never enough, you have to run those tests after each code push. CircleCI is a tool which help you to build continuous integration pipelines. Read the following post to know more.